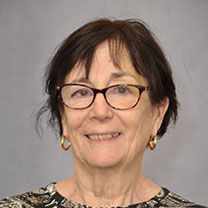 Roye, C. F. Beyond Knowledge and Agency: The Context of HIV Risk for Women of Color in HIV-dense neighborhoods. Journal of the Association of Nurses in AIDS Care.

HIV and pregnancy prevention in adolescent and young adult women

Roye, C. F. PSC-CUNY Grant.
CUNY . Funded,Relationship Between the Availability of Emergency Contraception and the Use of Condoms by Female Adolescents