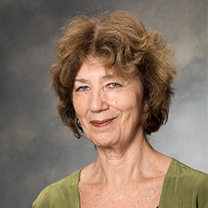 I teach. I do research and write. I direct and perform myself. I'm very lucky. I love it all!

Cypkin, D. (2019, May). Book Review of Anti-Semitism and the Holocaust: Language, Rhetoric and the Traditions of Hatred by Beth A. Griech-Polelle. , pages p. 4.

Cypkin, D. (2018, September). Marching for the Jews of Europe: Or the Consequences of the First Jewish Public Relations Campaign in America. Vol 7 (Issue 2) , pages about 25 pages. http://www.americanpopularculture.com/journal/articles/fall_2018/contents.htm

Cypkin, D. (2018, September). Telemedicine, or Thoughts on the Less Popular Side of this Issue. , pages 2-3 pages. http://projectedletters.com/telemedicine-or-thoughts-on-the-less- popular-side-of-this-issue/

I write generally about speakers who have made a difference on the stage and in the world. I also do a lot of experiential learning with my students.

Many One-Woman Shows--"A Musical Salute to Patti Page and Doris Day: Songbirds of the Fifties"
[Other]

Many One-woman Shows: "Who Wrote that Song? Harry Warren, the Unknown Master of Melody
[Other]

Many One-Woman Shows: "While You're Away: Love Songs of World War II"
[Music Performance - Full Solo Recital] Libraries and Centers

Many One-Woman Shows "In Words and Music: The Story of the Yiddish Theatre"
[Music Performance - Full Solo Recital] Libraries and Centers

Many One-Woman Shows: A Celebration of the American Musical Theatre
[Music Performance - Full Solo Recital] Libraries and Centers in the Tri-State Area

Gave theatrical memorabilia to Lincoln Center Library, Yivo and the Museum of Broadcasting--collected, collated, labelled.
[Other]

WQXR Radio [Radio], 2015
I donated some radio programs that I participated in to their library.

Bay Ridge, Courier-Life article in newspaper and on-line [Newspaper], August 28 2015
Article about my one woman show: "While You're Away: Love Songs of World War II"

[Internet], 2014
Announcements of my many one-woman shows

Paley Center at the Museum of Broadcasting [Radio], 2014
For many years I appeared on radio--on WEVD, etc. I continue donating my many tapes to them for research purposes--translated, organized, and labeled.

Dr. Samuel Leiter's On-Line Theatre Reviews "On the Leiter Side" [Internet], November 30 2014
In his review of the theatrical production "On the Other Side of the River" by Peretz Hirshbein, Dr. Leiter--with words of high praise--recalled my production of Hirshbein's "Green Fields" in the 1970s.

On-Line Theatre Blog: "The Leiter Side" [Other], November 30 2014
My directing work noted and critiqued.

[Internet], 2013
Announcements of my many one-woman shows.

Opportunitas [Internet], March 2012
Article on me and Molly Picon show at Pace

Creative Aging Blog on "The Magic of Music" [Internet], 2011