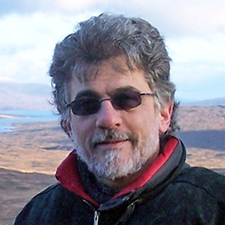 Narrative, Movement & Social Cognition{ Implications for Therapy and Education for those with ASD
Sossin, K. April 2016 - April 2018. Scholarly Research Award / Pace University , Pace University , $2,634.00. Funded. The aim of this study is to gain understanding of how social cognition and stress mediate communication patterns evidenced in college students: both those with and without autism spectrum disorders (ASD). Both narrative style and content and nonverbal behavior (especially body-movement patterns), have been noted to be distinct in young adults with ASD. Tapping a sample of college-students with ASD (demonstrating High Functioning Autism—ASD) will allow for direct comparison with a matched sample of similarly aged college students considered neurotypical. The literature indicates that access to abstraction and affect are both restricted in individuals with ASD, and that this would be true in accessing episodic memory as well as in generating imagination. Literature also indicates the key role stress (especially manifested as social anxiety) plays in accentuating ASD symptomatology. Story-telling involves awareness of emotions, as well as other nonverbal aspects of a situation. One portal into narrative is the WRAD (Bucci & Maskit, 2009), providing measurement of the construct 'Referential Activity.' [“Referential activity is a bidirectional linking process by which nonverbal experience, including imagery and emotional experience, is connected to words, in a speaker's expression and in listeners connecting back to their own inner experience.”] Verbal expression of experiences or imaginative stories involves mentalization, selection of salient features and perspective taking, which are abilities typically found to be impaired in individuals with ASD. This study will examine the relationships among key variables, including social perception, self-expression and narrative formation in telling personal memories and making up stories about pictures. Incorporated lines of research will examine the interrelationship among social cognition, narrative content, referential activity in narrative, nonverbal prosodics (speech rhythms), nonverbal body movement (Kestenberg Movement Profile—KMP), diagnosis (ASD or not), stress (physiologically measured) and anxiety (paper-and-pencil measured). Outcomes of this study will shed light on emotional processing and consequently have implications for therapeutic interventions employed with this population