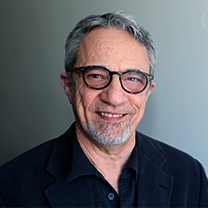 Roger Salerno has had extensive experience working as a city planner and policy analyst. He has worked as a budget analyst for NYC as well as a director of a private community-based social service agency in East Harlem before completing his doctorate and assuming a full time faculty position at Pace. He currently teaches courses on cities, gender and social theory. He is a certified psychoanalyst and uses psychoanalytic theory in his research and teaching.

He has written five books on topics ranging from urban alienation, crime, the history of American sociology, and contemporary social and psychoanalytic theory.Currently completing a book on te evolution of gender, boyhood and delinquency in 1920s Chicago.