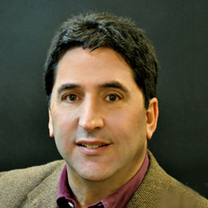 Mr. Bachenheimer dedicates over 200 hours a year to serving as a Director, Advisor, and Mentor to a number of private, non-profit, and governmental organizations, these include: Emma Mason (Advisory Board), BioGenCell (Advisory Board), Disruptive Technologists of NYC (Board of Directors), New York City Economic Development Corporation's ELab Bio and Health Tech NYC (Mentor), Accelerator for Biosciences in Connecticut (Mentor), and the NSF I-Corps (Industry Mentor). He is an Emeritus Board Member and past Chair of the New York City Chapter of the MIT Enterprise Forum and has served on the organization's Global Board. He also served on the Board of Directors & Advisors of LeadAmerica, a Sam Walton Fellow of Students in Free Enterprise, a Reviewer for The Case Journal, on the Planning and Selection Board of the Bank of America Youth Entrepreneur Awards Program, and as a consultant a variety of new ventures.

Mr. Bachenheimer's earlier career includes having served as a Vice President of iQ Venture Partners, an Assistant Vice President of Westpac Banking Corp. and an International Banking Officer for the Bank of Tokyo. As the International Product Manager for MSI, an SBA certified 8(a) firm, he was responsible for the initial commercialization of a high-technology forensic science system. In that position, he conducted business in over twenty countries. He was also the founder of Annapolis Maritime Corp. and Co-Founder of StockCentral Australia. Other activities include having sailed his 36' boat from New England, through the Caribbean, to South America and back.

Bachenheimer, B. (2015). US must support new entrepreneurial ventures to create jobs and remain competitive. The Hill. Read More >>

Bachenheimer, B. (2020). Entrepreneurs are sure to find inspiration in the pandemic. Crain's New York Business. Read More >>