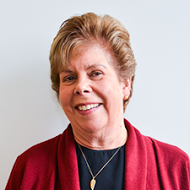 2007 - Cambridge Who's Who Executive and Professional Registry January 1, 2002 - Who's Who Among American Universities and Colleges