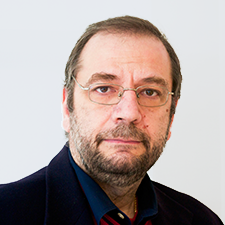 When the going gets tough, the tough get going

I hold a PhD degree in Computer Science from DePaul University, an MS degree in Computer Science from Fairleigh Dickinson University, and a BS degree in Mathematics from University of Patras in Greece. I have conducted extensive research in the fields of computers and software, including software development, object-oriented technology and languages, methods of computer education, Java programming, databases, software security and other topics. I have delivered papers and presentations at many technical conferences. I am a member of the ACM, IEEE, European Accreditation Board for Colleges & Universities and International Association of Engineers, Formal Methods Europe.